The execution faults will be identified and classified as follows:

Error n°1: in case of proper execution but some standards of the skill are not followed: – 10% of the skill value.

Error n°2: slight deviation from the proper execution: – 25% of the skill value.

Error n°3: significant deviation from the proper execution: – 50% of the skill value.

Error n° 4: deviation from the proper execution or lacking of the minimum holding time, or not achieving the skill = -100% of the skill value.

Resting or touching the ground with one or both feet during an isometric skill or during a dynamic skill.

In the event of a fall, independently from the skill’s category, no penalties will be applied, but the complete cancellation of the score of the failed skill and the inability to reach the Bonus Flow.

On the other hand, if the same athlete falls into the same set or match 3 times, he will be immediately disqualified, thus losing the set or match.

Penalties will be applied (-10%) in the case of a great repetitiveness of the set. If it happens after having already taken the penalty, the malus may have a greater impact on the total score of the set up to -25%.

Bonus Significance will be identified and classified as follows:

Significance 1: awarded when the skill is performed in a better form with a greater difficulty than the standard. Increase of the skill variant + 10% of the skill value.

Significance 2: awarded when the skill is performed in a better form with a greater difficulty than the standard. Increase of the skill variant: Wide shape, if the width of the grip is more than 1.5 times the shoulder width, +25 % of the skill value.

Skill to be held in isometry 2” and then followed by push or pull.

N.B.: for the planche, in order to acquire the bonus first you perform the push and then the isometric hold.

Significance 3: awarded when the skill is performed in a better form with a greater difficulty than the standard. Wide shape, if the width of the grip is more than 2 times the shoulders width, +50% of the skill value.

Additional bonus will be assigned if, on entry, the athlete introduces an element of specific significance in the skill, which deserves an increase of the evaluation,

The element will be taken into account also in the Bonus Flow.

In order to acquire the +5 points completeness bonus, there must be at least one compulsory element in the set / match for each category.

In order to acquire the +10 points completeness bonus, there must be at least two compulsory elements in the set / match different for each category. Equal categories will not have to be consecutive to each other.

In the score tables, it is indicated whether a skill counts or not as an unlocking category through an abbreviation in brackets (F), (V), (T), (S).

Bonus categories will be provided only if the skills are performed correctly, according to the canons below. The skills with malus equal or higher than 25% of the skill value will not be considered, as they cannot be judged as perfect.

As further specified below, each isometric skill with a starting score higher than 1,5 points must be held in the perfect manner or with a light error of 25% from reaching the final position for at least 5 seconds. It can be used once per skill in the whole match both in a single or multiple set.

This bonus will provide a bonus score of 100% of the skill value.

Additional hold seconds will not provide any Hold Bonus; however, they could be evaluated for the Bonus Flow.

The Hold from Leap Bonus will be awarded when, after a leap or a freestyle element, there is a proper block of the set skill in its perfect form, by satisfying the related minimum time of 2 seconds.

Thus the count of the scores for this bonus will occur:

The scores for this bonus are:

For a repetition to be valid, it will be necessary to start from the proper position of the pre- set skill.

In case of isometric hold, also the scores of the isometric skill will be counted.

In case of push and pull, the repetition will have to be performed without bouncing but with valuable blocks. .

In case of push and/or pull repetition without valuable blocks (B.A. or S.A.) a -10% malus will be applied.

In case of push and/or pull repetition with bouncing (B.A. or S.A.) or starting without a first block, a -50% malus will be applied.

During the whole set it will be possible to perform maximum 2 repetitions, which can be static, isometric, dynamic and freestyle skills. An additional skill can be allowed but only if it is a variant of the 2 already proposed. No scores will be awarded to additional repetitions.

The one-arm-skills have to be performed always with the same arm.

Obviously, a proper performance may increase the final score of the entire set through the Bonus Flow.

The Bonus Continuity occurs when the athlete starts and finishes on a specific equipment (bar, parallels, etc,) without ever going down or even with switching equipment as long as it is performed without interrupting the performance.

Obviously a proper performance will increase the final value score of the entire set using the Bonus Flow.

The end of the time available given by the stopwatch states the end of the set. Thus if the athlete goes down the equipment 2 seconds in advance, he will lose the bonus.

Laying on the ground or on the same or other equipment which creates an interruption may not give the chance to benefit this bonus.

The score of this bonus is 3 points.

In the 1 vs 1 battle the score will be counted by dividing the score (3 points) and the set number.

It is a subjective parameter, therefore to interpretation of the judges, and it will be assigned through:

With the Bonus Flow will be evaluated: the fluidity, the mastery, the cleanness of the elements and the links and the management of the set/match, variable value from 0 to 4 points.

What will be considered:

Links between the skills, their fluidity while performing the skills in a row, so the connection between them.

Clean: cleanness and elegance of the movements of the set will be evaluated.

With Creativity will be evaluated the creativity and the ability of the involvement of the public, through the introduction of new skills, new variants and new links.

The new skills and the skills not provided on the scores table will have to be submitted in advance 1 month before the competition to the jury president at the e-mail training@burningate.com for evaluation and score assignment.

Last date for video delivery 08/08/2018, and beyond i twill not be given any new score to the skills. The skills of the set, not provided by this regulation and not shared in advance with the jury president, will not have any score.

The updating of the scores will be published 1 week prior to the competition.

The athletes may also express a score for the skill, by justifying it. 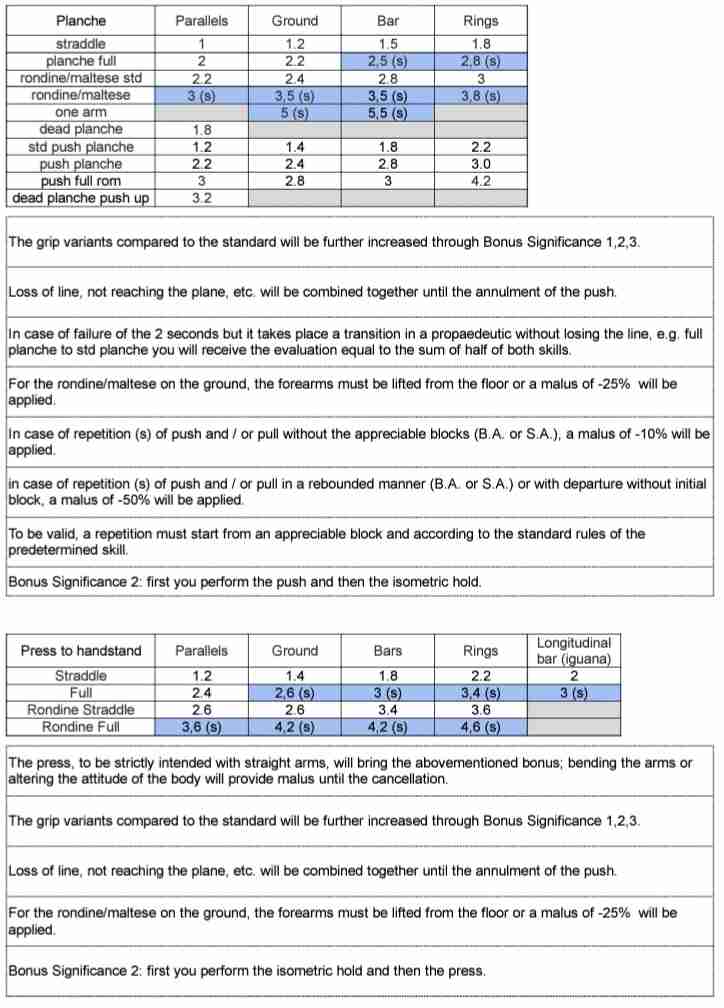 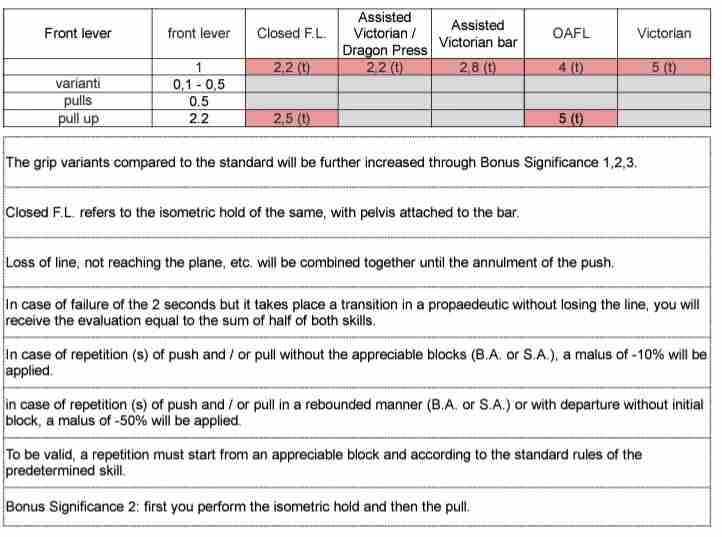 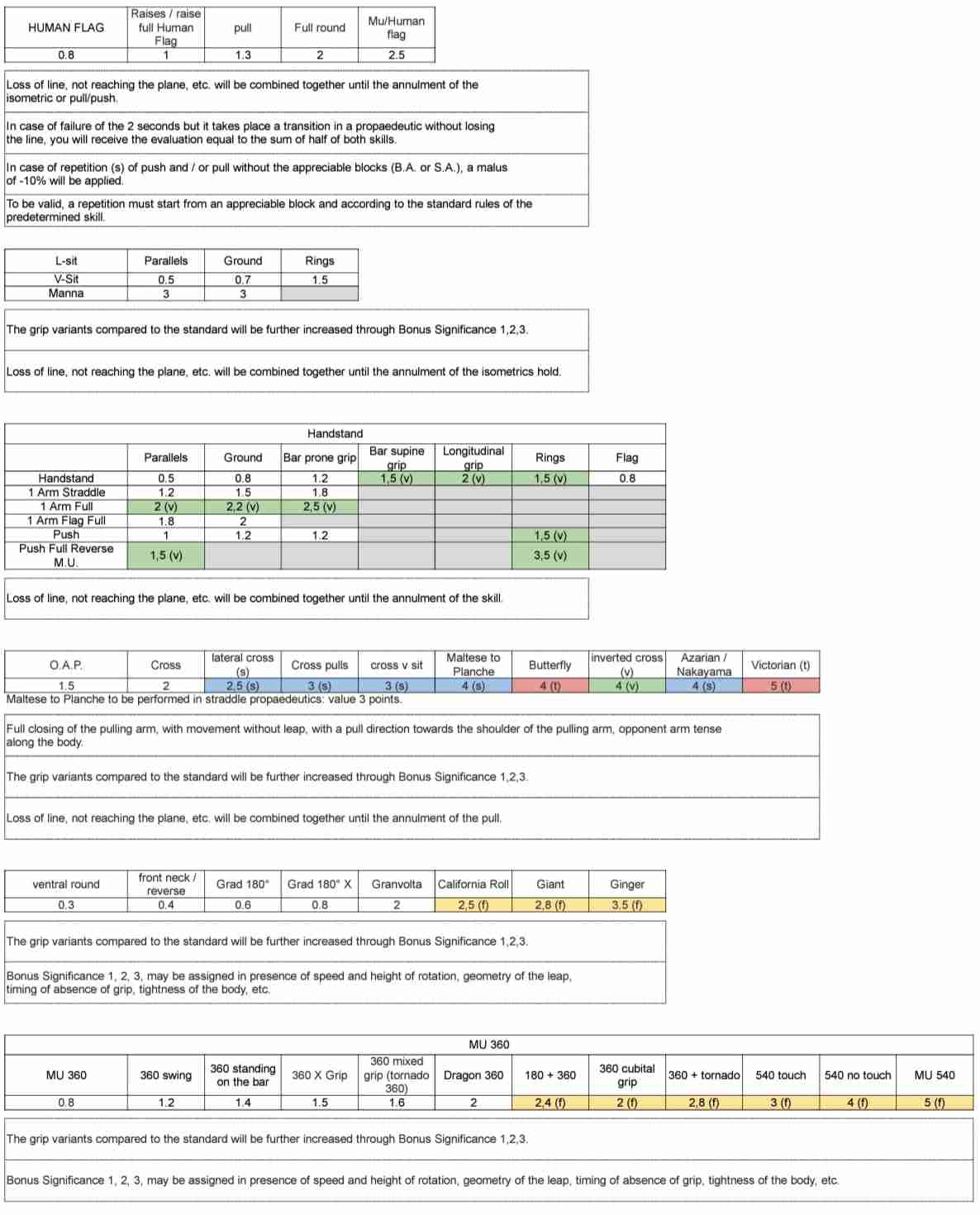 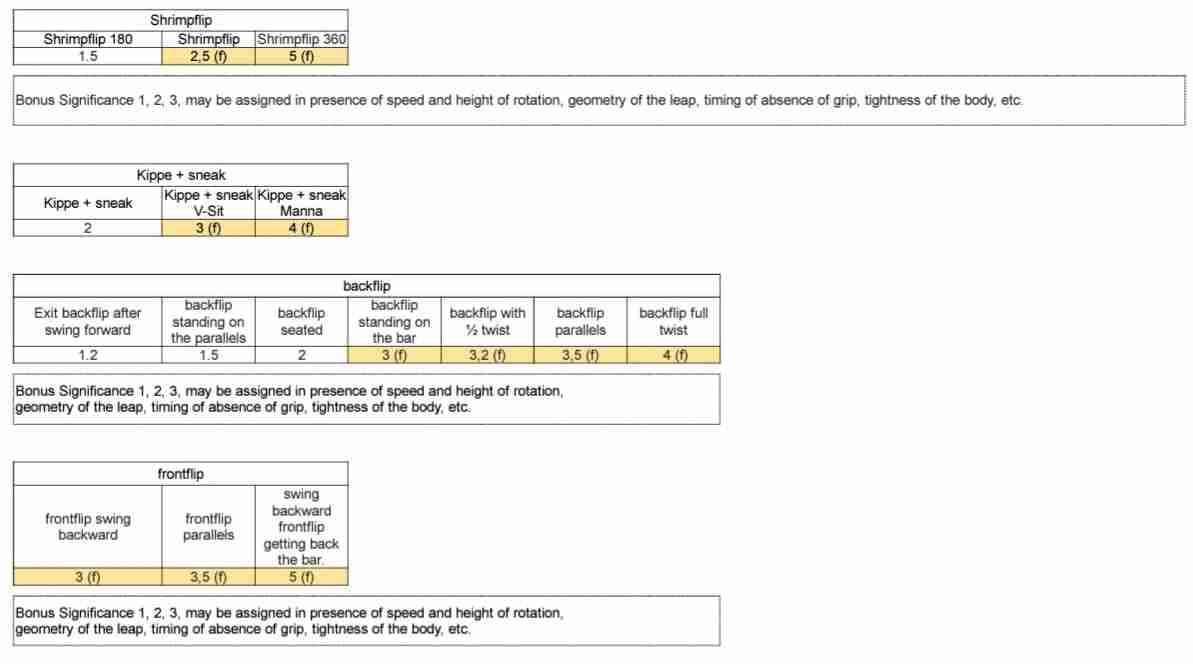 Copyright © 2016 – Burningate
The following rules of the Calisthenics INTERNATIONAL BURNINGATE CUP (IBC) were developed by BURNINGATE Calisthenics Evolution Skills.
All right deserved. No part of these guidelines may be reproduced or transmitted through archival systems, file sharing systems or otherwise, without the prior written permission (except for short quotes included in reviews). Burningate may in no circumstances be held liable for accidents, injuries or consequential damages arising from the use of these regulations.